By JakariaAugust 3, 2021No Comments5 Mins Read 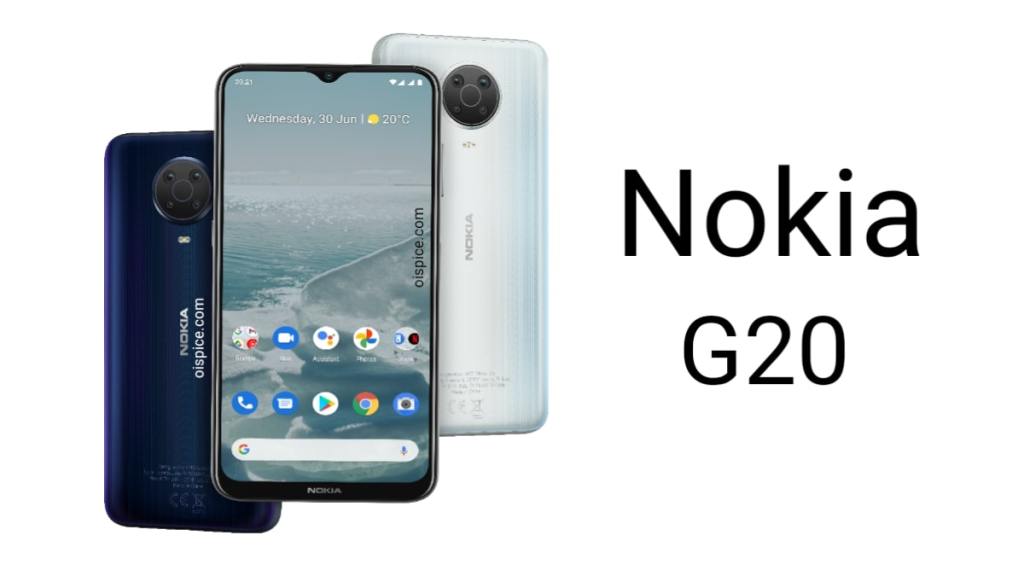 The Nokia G20 has a subtle yet practical design, claims to offer a 3-day battery life, and runs on Android 11 software that’s as close to stock as possible. On paper, it seems like a decent budget smartphone, with a focus on build quality and hassle-free everyday performance. However, after using it for a week, I discovered that it did not meet some of my expectations, making it quite hard to recommend.

Nokia G20 price and variants
The Nokia G20 is available in a single 4GB RAM and 64GB storage configuration, which is priced at Rs. 12,999 in India. It has a triple-slot tray and accepts two Nano-SIMs along with a microSD card (up to 512GB). While the price is not unreasonable for a basic smartphone these days, take a quick glance at what the competition offers in terms of specifications and value-added features, and it’s easy to conclude that the Nokia G20 is overpriced.

Nokia G20 design
The design of this phone is a mix of what we’ve seen with the Nokia 2.4 (Review) and Nokia 5.4 (Review). It weighs 197g and is 9.2mm thick. The Nokia G20’s frame and back panel are made of plastic, but it doesn’t look or feel cheap. The back panel has a fine grooved texture, which makes it easy to grip this phone, and also gives it a premium feel. My review unit came in the Night finish, which is basically a dark blue colour with a lustrous purple shine that’s visible at an angle.

You’ll see a circular camera module at the back, like on the Nokia 5.4, but the G20 has a fingerprint reader located on the right side instead of below the cameras. Above the fingerprint reader is the volume rocker, which was a bit hard to reach given how tall this phone is. There’s a Google Assistant key on the left side, and above that is the SIM tray. While voice commands work well when the phone is unlocked, they cannot be triggered when the phone is locked. This is where the dedicated button comes in handy.

The Nokia G20’s plastic back panel looks and feels premium.

The 6.5-inch display features a notch at the top, which seems a bit outdated now that most of the competition at this price level has moved on to smaller hole-punch cameras. There’s also a noticeable chin at the bottom, with a Nokia logo drawing attention. The glass front panel does not attract dust or pick up fingerprints easily.

Nokia G20 specifications and software
The Nokia G20 uses a MediaTek G35 processor with eight Cortex-A53 cores running at a maximum frequency of 2.3Ghz, and an integrated IMG PowerVR GE8320 GPU. There’s no dual-band Wi-Fi (only 2.4GHz is supported), but you do get Bluetooth 5 and support for GPS/AGPS, GLONASS and Beidou navigation. There’s also an FM radio which requires you to plug in a pair of wired earphones to operate.

Powering this phone is a 5,050mAh battery, and Nokia includes a 10W wired charger in the box. The 6.5-inch LCD panel features an HD+ resolution and standard 60Hz refresh rate.

HMD Global is sticking with the Android One programme, and claims to offer two years of software updates with the G20. The software is near-stock, but with some minor customisations like the ability to adjust the colour balance of the display, and numerous tweaks to the camera app. This is one of the better budget smartphones when it comes to bloatware – it came with only two preloaded apps: My Nokia and Netflix.

Nokia G20 performance and battery life
With such minor software customisation, I expected the Nokia G20 to function smoothly when handling daily tasks, but this was not the case. I experienced noticeable stutters from time to time, especially when using social apps that had videos appearing in their feeds. Multitasking between recent apps was not a problem, but they did not remain in memory for long. Overall, the hardware struggles to keep up with current-day apps and use case scenarios, so you will notice that sometimes the phone takes an extra second to open a fresh app (that’s not in memory). These are common complaints that you usually hear about when using entry-level smartphones.

In particular, using the camera app was a little frustrating. There’s minor lag when switching between camera modes, and I also had to wait a few seconds after tapping the shutter button before I could take another shot. When I tapped on the thumbnail to preview a photo I had just taken, I had to wait for a second or two for the phone to process and display it.