By JakariaAugust 3, 2021No Comments4 Mins Read 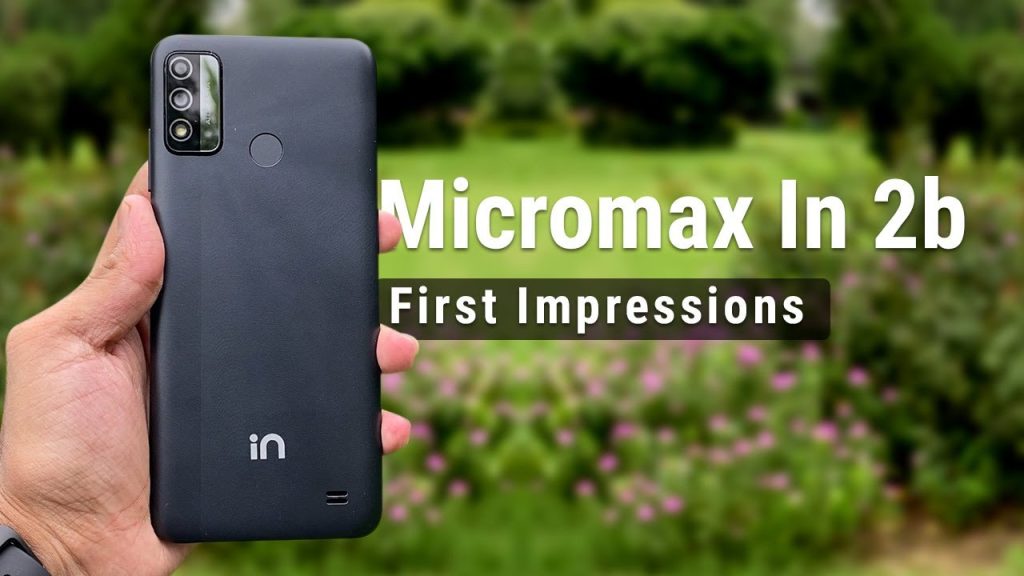 Entry-level smartphones aren’t everyone’s cup of tea. They are meant to be the starter phones for those switching over from a feature phone or just about acceptable compromises for those on very tight budgets. However, many of them don’t even end up getting the basics right, and can’t even deliver a smooth and lag-free software experience.

Micromax, with its new In 2b smartphone, aims to tackle at least some of the paint points usually involved in using entry-level smartphones. Priced starting from Rs. 7,999, it is based around the uncommon Unisoc T610 processor, which the company claims delivers better performance than SoCs from other manufacturers in this segment. This is a bold move as its predecessor, the In 1b, uses the MediaTek Helio G35 SoC. Micromax also promises timely software updates and a clean Android experience with no preloaded bloatware. So how does this ‘Made in India’ smartphone stack up against the competition?

Micromax In 2b back design ndtv MicromaxIn2b Micromax

The Micromax In 2b has a plastic back panel.

The phone looks quite similar to its predecessor, the In 1b, and is also noticeably similar to the Redmi 9 Power (Review), which is also available in the same colours (save for Fiery Red). That aside, the back has a finely grooved texture that lends it a lustrous sheen when viewed at any angle. This also helps it stay free of fingerprints and smudges.

The fingerprint reader sits in the upper middle of the back, next to the camera module. The speaker is also located on the back, in the bottom right corner. The 3.5mm headphone jack and Type-C USB port are at the bottom, while the volume and power buttons are on the right.

The Micromax In 2b has an HD+ resolution display with a waterdrop-style notch.

The Micromax In 2b has a 6.52-inch LCD display with what it calls Rainbow Glass. This is an HD+ resolution display and it features a V-shaped notch at the top for the front camera.

Micromax has worked with Unisoc in the past, but the T610 is a new processor which has only made it to a few smartphones globally. It has two ARM Cortex-A75 cores and six Cortex-A55 cores, all clocked at 1.8Ghz, and is manufactured using a 12nm fabrication process.

Being an entry-level device, the two cameras at the back are quite basic. There’s a 13-megapixel primary camera and a 2-megapixel depth sensor which is used when the Portrait mode is activated. On the front, you get a 5-megapixel selfie camera.

Micromax In 2b back camera ndtv MicromaxIn2b Micromax

The Micromax In 2b has two rear cameras.

The Micromax In 2b packs in a 5,000mAh battery and comes with a 10W charger in the box. The smartphone runs a near-stock version of Android 11. Micromax promises guaranteed software updates and no bloatware. Apart from the usual Google apps, I only found an FM Radio app and a Sound Recorder app that came preinstalled. There are some customisations for the display and camera and some gestures, which can be configured in the Settings app.

After using the Micromax In 2b for a while, it seems that going with a near-stock version of Android 11 and minimising bloatware make for a good usage experience. Still, the In 2b goes up against the likes of the Poco C3 (Review), Realme C21 (Review), and Realme Narzo 30A (Review). We will have to put this phone through its paces to find out how its performance, cameras, and battery compare with what the competition is offering at these prices, so stay tuned to our full review, which should be out soon.

The recently-concluded first season of Loki is our focus this week on Orbital, the Gadgets 360 podcast. Orbital is available on Apple Podcasts, Google Podcasts, Spotify, Amazon Music and wherever you get your podcasts.