The History of Video Poker Game and Its Basic Rules

By GPostingJanuary 1, 2022No Comments5 Mins Read 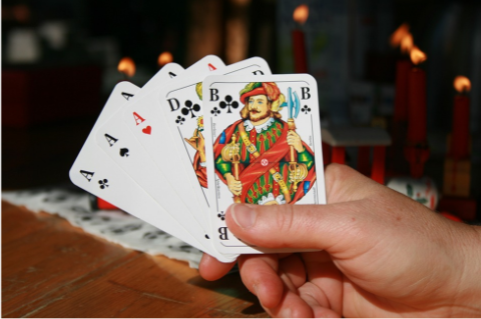 The earliest video poker game became available with the use of personal computers in 1970. Although they were fairly primitive versions when compared to the modern software, it was still possible to play. With the production of displays and solid-state central processors, video poker became publicly available. This was a time of fast development of all slot machines and production was in massive quantities.

The IGT Company (the leader in supplying gaming devices) began producing video poker software for casinos and gambling establishments in 1979. Gambling without a dealer had officially started and rapidly gained popularity. Today there are tens of millions of slot machine fans worldwide. In the 1980s, this game became more and more popular because people did not have to play at the tables; therefore, they felt more comfortable playing the game. The same year, the idea of video poker with a Multi-Hand option was created.

Video poker is a version of the regular poker game, but is played on a slot machine without a dealer or other players. The main goal of the player is to make the best combination using only five cards. Video poker is played with the usual deck of fifty-two cards. The game play is usually divided into four stages. First, the player chooses his bid amount, then the player is dealt five cards, which are displayed on the screen, and the player can choose the cards that he would like to discard. Once a player has identified the cards that he wishes to discard, other cards replace them, and if he is able to make any poker combination, he wins. Finally, after winning the hand, the player is offered the option to play a bonus game. If he wins that hand, he has just doubled his prize money.

Winning Poker combinations are the same as when playing regular poker, but depending upon the version of video poker, the payouts may vary quite a bit. Video poker has its pros and cons, but its popularity is evident. In every online casino, you will find several different versions of this game.

Poker has very interesting terms for some of its many combinations of hands. For the beginner, sometimes these terms simply don’t make any sense, and most times as not, they have names which are easily confused. That’s because some of the named hands will have actual names of the cards in them, such as the hand ‘Aces Full’.

Naturally with a hand called Aces Full, you’d certainly expect some aces in there, but how many and what the remaining cards are can be a mystery to the novice. A player who says they have aces full simply means that they have a full house which consists of three aces and a pair of any other cards.

As an example, A-A-A-10-10 would be aces full of tens. A player whose hand holds a full house which is made up of three aces and a pair will beat out all other full houses.

If it should happen that two players have the same three of a kind, then the player with the highest pair is considered the winner. As an example, if you had aces full of three A-A-A-3-3, and your opponent’s handheld kings full of tens K-K-K-10-10, you would win because your hand is higher since three aces rank higher than three kings.

Another good example using the game Holdem, if you held pocket aces and the flop showed A-Q-Q-3-5 you would also have a full house. This would be due to the fact you have the two aces as your hole cards making the three of a kind, and the five community cards which hold the two queens, which together make up your full house.