The effects of narcissistic abuse

By GPostingDecember 19, 2021No Comments4 Mins Read 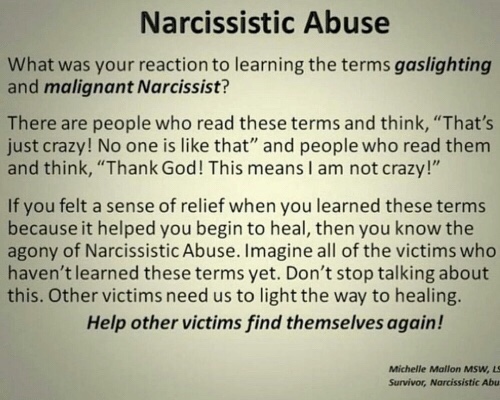 Narcissistic personality disorder (PTD) is a spectrum psychological condition. People having it have a notion of self-grandiosity. They think of themselves as superior to others.

They have a sense of entitlement. They love to elevate themselves at the expense of the other person. They are toxic people who like being liberal with their criticism.

Moreover, people with NPD are also manipulative. They play mind-games, as they like controlling people, and their emotions so they dominate in every situation. Therefore, people in a relationship with a narcissist also have it very tough. Such severe is the impact, that it is classified as a form of abuse.

Narcissistic abuse leads to significant damage to the brain. It not only jeopardizes mental health, meriting treatment from an expert Psychiatrist then but also carries a lot of problems, including:

Naturally, in the aftermath of an abusive relationship, where your emotions were controlled, and you were always to be blamed, you are bound to suffer from anxiety. The manipulation from the narcissists also has an impact on your anxiety levels as well.

Moreover, due to the lashing out of the narcissists, and their tantrums when their demands are not met, people in relationship with develop tendency towards anxiety, as they always remain on the edge then.

Another possible impact of narcissistic abuse is depression. Due to the emotional abuse suffered at the hands of the narcissist, the emotional health of the victim becomes fragile. The constant negativity, criticism, and stress then paves way for depression as well.

Self-doubt is also an effect of being in a relationship with a narcissistic person. As they pick at you, they then condition you into doubting yourself. From snide remarks to jabs, they use any tactic to put you down, so you are not confident in your decisions anymore.

Hence, you second-guess yourself. Your people skills become poor, as you doubt in your ability to recognize people, thanks to lack of trust in your abilities.

People who are in abusive relationship do tend to be hard on themselves. They think that they deserved to be treated so. Those suffering from narcissistic abuse also have similar feelings.

The berating self for becoming ‘weak’ enough to fall prey to the narcissist also combines with doubt in your people skills, the consequence of which is that you believe that the abuse was completely justified.

Low self-esteem also plays a role; you think that things might have panned out differently had you reacted better to the situation. Narcissists are also good with shifting the blame, which also then makes it easier for you to be harder on yourself, as you are made to believe that it was your own fault to begin with.

This being hard on yourself may also lead to self-destructive behavior, as your mind thinks itself responsible for the reprehensible conduct of your partner. Problems like smoking and overspending are common after suffering from such abuse.

Narcissists operate by pushing their sense of superiority, for which they often break the sense of self-worth of people who are around them. They are also generous with their reproachment.

Narcissists are good at putting people down; from making them feel ugly to making them doubt their judgment. This then erodes at their self-worth, making them lose faith in their abilities.

It is harder for people who have been in an abusive relationship to trust people again. Since narcissists people impose on the mental health of the person, target their emotions, and make them vulnerable, therefore, not wanting to trust another person is understandable.

In the aftermath of emotional abuse, you can also expect your emotions to be fragile. Common problems include mood swings, irritability, apathy, etc. This can aggravate the already complicated situation, meriting treatment from the Psychiatrist in Islamabad then.