6 Bitcoin and Ethereum Alternatives You Can Buy in 2022 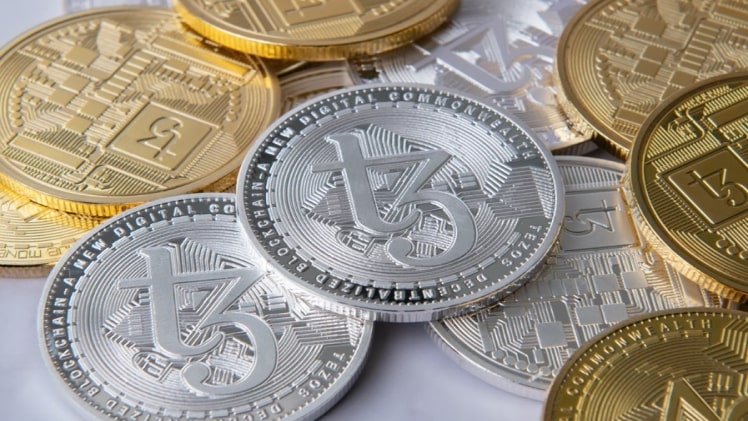 Bitcoin and Ethereum are two of the most popular cryptos in the world. However, they are also some of the most expensive ones. That is why not everyone can afford them.

So, here are a few Bitcoin and Ethereum alternatives that you can afford and buy in 2022.

Polkadot is one of the most popular digital currencies, with one coin costing more than $30 as of December 2020.

The hype for Polkadot comes from what the currency aims to do and its history. Polkadot wants to be a decentralized internet and facilitate financial transactions across different blockchains. The brainchild of Gavin Wood, who was also the co-founder of Ethereum, Polkadot is backed by some well-known names in the industry.

If you’re interested in Polkadot, you need to research and learn about DOT before buying it. You can learn about DOT and know how to buy Polkadot from any top cryptocurrency exchange that allows DOT trading. After doing your research, you can start trading Polkadot.

Dogecoin is the altcoin that everyone’s talking about. It was created in 2013 as a joke, and its name refers to Doge, the famous internet meme featuring a Shiba Inu dog. Despite its silly beginnings, it is now one of the most popular altcoins in existence—and it has an enormous market cap to show for it. If you want to invest in cryptocurrency with some lighthearted fun, this is a good coin to hold. That is one of the best coins to buy if you want something likely to go up in value over time.

Unlike centralized exchanges, Uniswap is a fully decentralized automated liquidity protocol. It does not rely on human intervention to function. Instead, it gives users the ability to trade ERC-20 tokens and earn fees for providing liquidity on the exchange.

Uniswap was founded by Hayden Adams in 2018. He was later joined by Ethereum creator Vitalik Buterin and blockchain developer Robert Leshner as advisors to help with Uniswap’s development.

Uniswap uses smart contracts – self-executing lines of code that run on the Ethereum blockchain – to facilitate trading between two ERC-20 tokens directly from user wallets. These smart contracts also enable users to provide liquidity into pools in exchange for a share of the fees generated from trades using that pool’s liquidity.

EOS is a relatively new cryptocurrency that was created by Dan Larimer, the founder of Steemit and Bitshares.

Delegated Proof-of-Stake (DPoS) is a consensus algorithm that EOS uses to achieve its goals. It is one of the fastest blockchains in existence, making it ideal for speedy transactions like in-game purchases.

How to buy EOS?

EOS is not available on many exchanges yet. It can be bought directly with US dollars. A word of warning: buying EOS directly with fiat currency on a broker or exchange will be expensive because of high fees and slippage from low liquidity. You’re better off buying Bitcoin first, then exchanging that for EOS at your preferred exchange.

What does the future hold for EOS?

EOS has potential because it solves two problems that could hold other cryptocurrencies back: scalability and transaction fees. Ethereum is facing scalability issues, which are slowing down transactions on its blockchain and causing very high fees during periods of congestion (as seen in crypto’s 2017 bull run).

As long as Ethereum doesn’t solve this problem—and EOS remains strong—Ethereum could lose out to other networks on market share and enterprise adoption as an infrastructure technology provider.

Tezos is a decentralized blockchain that looks to improve on two of the biggest pain points of Ethereum: rapid changes to the protocol and the lack of on-chain governance. Tezos has been called a self-amending blockchain because it can update itself incrementally over time, eliminating the need for hard forks. In addition, all holders of XTZ tokens can vote directly on changes to the network.

Tezos uses smart contracts like Ethereum but, unlike Ethereum, allows for formal verification—a method in which users can mathematically prove that their smart contract system will behave as expected. This practice minimizes costly mistakes from developers and guarantees that smart contracts are bug-free before they are deployed.

Plus, by coding in OCaml (rather than Solidity like Ethereum), Tezos developers benefit from functional programming techniques such as static typing and functional purity.

Monero, or XMR, is a privacy coin that has been steadily rising in value since its inception in 2014. Monero uses a different kind of mining algorithm than Bitcoin and Ethereum, which means it is not as easy to trace the transactions. Monero transactions are not stored on a public ledger at all.

Monero’s token XMR is one of the most valuable altcoins on the market today. It was created as a fork from Bytecoin and seeks to improve upon Bitcoin’s privacy features by having untraceable transactions and unlinkable addresses—i.e., no one can tell who the transaction came from or where it went to.

So, which cryptocurrency do you plan on investing in?